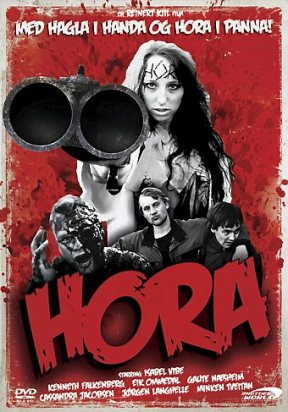 Norway’s first proper exploitation film, The Whore, will be re-released in Germany and Norway for its 10th anniversary, and for the first time in a high-def format.

Directed in 2009 by underground genre director Reinert Kiil, The Whore was Norway’s first grindhouse exploitation film where it all came toghether; rape, revenge, blood, violence, sex, naked ladies, mutilation. The Whore was feature length, cost a bit of money, got some media attention, and attracted an audience both upon its release and later as a cult film. It even got parodied in a TV sitcom created by one of Norway’s most famous comedians.

The story is pretty simple; Rikke has hired a small cabin in the countryside in order to finish her book. She decides to stay there alone, but attracts the attention of some local guys who – no surprise – cannot control themselves and violently rapes her. Revenge is of course needed, and death follows rapidly.

For its 10th anniversary, The Whore will see a bluray release in Germany and Norway later this year, in the form of a limited big sleeve edition. That means a laser disc or vinyl record-sized packaging with two bluray discs. The film itself will be a director’s cut with a few seconds of extra material. The artwork is brand new and is “the most extreme art I ever had on a release”, Kiil said on his Facebook page. See the new key art below. The oversized packaging can be folded out to hang on the wall as a “girl calendar” type decoration. 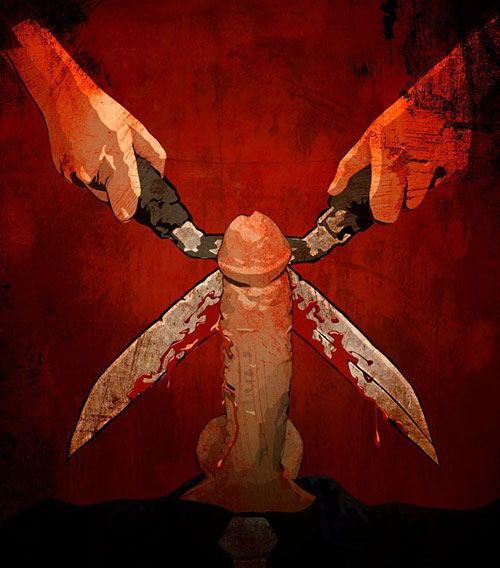 The German distributor is yet to be confirmed but you can order a copy of the edition directly from Reinert Kiil, who also directed the sequel Inside the whore, The House and Juleblod. 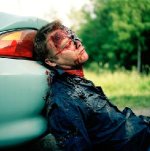