Today another Norwegian indie horror opens in cinemas. Vidar the Vampire is the debut feature of two directors and mixes dark comedy with horror elements and politically incorrect satire.

Vidar the Vampire was actually finished last year and premiered at the Norwegian International Film Festival in Haugesund in August 2017, and has also been shown at more than 20 film festivals around the world, including Fantastic Fest, Screamfest, Fantasy Filmfest, Fantaspoa, Night Visions, Brussels International Fantastic Film Festival and Grossmann Fantastic Film & Wine Festival. Possibly a kind of record for a Norwegian indie feature. The film won awards for Best Picture, Best Director, Best Screenplay and Best Makeup at the Anatomy Crime & Horror Film Festival in Greece and was also chosen as the Best International Feature at the Macabro Film Festival in Mexico recently. The film’s general cinema release in Norway happens today by way of distributor Another World Entertainment, with 45 cinemas across the country showing the movie.

Written and directed by the debut duo Thomas Aske Berg and Fredrik Waldeland, the film (original title: VampyrVidar) is about the titular man Vidar Haarr (33), a sexually frustrated bachelor farmer who leads a Christian, monotonous and strenuous working life on his mother’s farmstead in the western outskirts of Norway. In a desperate attempt to break free from routine, Vidar prays to a higher power to grant him a life without boundaries. Unfortunately, his prayers are heard and Vidar wakes up one evening as the Prince of Darkness in sin city, Stavanger.

As Norway’s once prolific horror film scene is trying to keep its head above water with indie productions, Vidar the Vampire tries to make up for its lack of funding and backing with originality. In an interview, director Thomas Aske Berg (who also stars as the fanged character) explained his approach to making the movie stand out from the slew of standard vampire stories: -Our mission from the very beginning was to try to create a fresh approach to the vast array of vampire films out there. We have a unique mix of genres, styles and music combined with one of the most pathetic vampires of all time. It is a film that slaps you back and forth between the real world and the supernatural, and it is up to the audience to determine whether Vidar’s story is true or not. And, Vidar the Vampire is (as far as I know) the only vampire film which stars Jesus Christ as the original vampire. 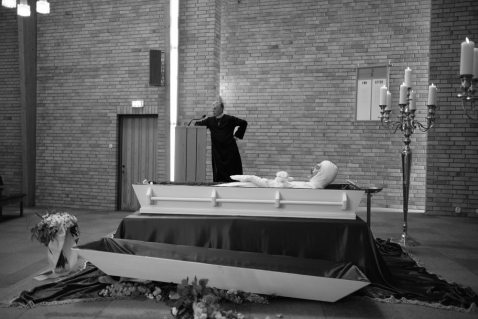 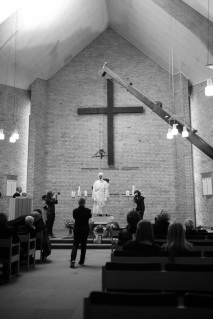 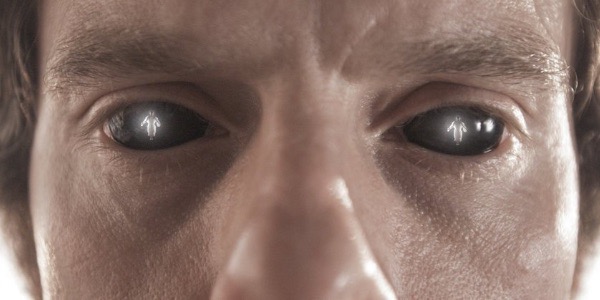 -My dream was to star in a vampire movie. I have always been fascinated by the vampire genre; the problem is [those movies] hardly exist in Norway, so [I had to] make the film myself. We applied for state support in 2013 without success, and after several meetings with film consultants who wanted to change the project we found out that the only way was to do everything on our own, Aske Berg said elsewhere. The idea to make the film came in 2010 and it was soon understood that it was not possible to make a film just for the fun of it, and more substance had to be added. On the surface the film is made to entertain but for the ones who care to look, the director noted, the film offers a perspective on religion, sex and psychology, and is at the end of the day the makers’ interpretation of the Bible.

Being a work of passion, the making of Vidar the Vampire was an entirely organic process from beginning to end, both by choice and necessity. The team started writing the script in 2012, shot and edited a pilot in 2013, went back to the drawing board and rewrote the script over and over from 2013 to 2015. The rest of the film was shot on and off from 2015 through 2016, while continuously making changes in the script based on the footage acquired. This on-and-off process of filmmaking was necessary due to seasonal based scenes and the fact that core crew members were reliant on side jobs to be able to support themselves. 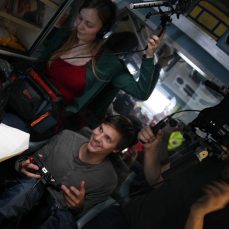 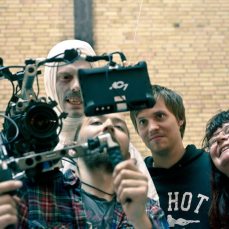 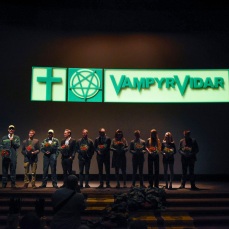 Even though the film has been met with mixed reviews both in Norway and internationally, the producers welcome any and all attention. Some media and websites said this:

The film opens September 7th in Norway and will be released on DVD and VOD in Sweden on October 24th. It’s already out on VOD services in the US: Google Play, Vudu, Microsoft Xbox, Comcast, Spectrum, Charter, Dish Network, Vimeo on Demand, Amazon.com and well as in Canada: iTunes and Vubiquity.

2 thoughts on “Vidar the Vampire preview”