The second season of Jordskott has just launched in Sweden. The mystery series is a unique blend of Scandi-noir crime and mythology.

The first series aired in 2015 and was described by one viewer as “a TV series based on fairy tales set in an adult setting rather than a childlike one”. The story followed police investigator Eva Thörnblad (Moa Gammel) in her search for a missing child in a small countryside town. In the bleak and grim Swedish province, seven years after the disappearance of her own daughter, Eva was determined to connect the dots, but the surface proved to hide more than she expected. The first season drew an average of 1.5 million viewers and was thus a success in Sweden, and was also sold to 55 countries, surpassed only by Sofia Helin in The Bridge.

In the second season, which was wanted by 70% of SVT’s viewers in 2015, two years have passed and Eva has moved to Stockholm to work for the police there. She is soon drawn into a mysterious case of a severely tortured man, barely alive. Into the picture comes also Eva’s mother, a mentally ill woman not totally unlike the deranged nurse in Stephen King’s Misery. In Jordskott 2 horror manifests itself in human relations, not necessarily in monsters.

The new story, which promises to be darker than the first, is set in the urban jungle, as opposite the “wild” nature that Sweden has plenty of. The idea was to make something new and interesting and different, not just more of the same as in season one. -If mythological beings exist in Silverhöjd, they should even exist in [big cities], writer-director Henrik Björn said to DN. The underlying theme has changed from the exploitation of natural resources to the exploitation of people. However, Stockholm is the backdrop for numerous TV and film productions, so how does that align with trying new things? -We tried to find the Stockholm that has not been filmed to pieces. We found alternative locations, the ugly-nice ones, strange ones, juicy ones. Locations found under bridges and in tunnels under the city, Björn said to Expressen. At the same time, there will be a parallel story set in rural Silverhöjd, so the contrast will definitely be there for the viewers. The scenes from Silverhöjd were filmed in Sala, 100 kilometers North-West of Stockholm. The town is known for its historical silver mines, which is referenced in the fictional Silverhöjd (Silver Heights) name. 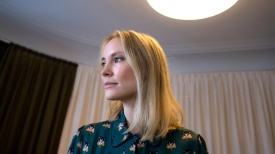 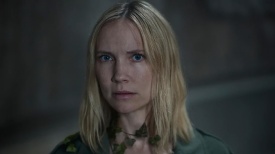 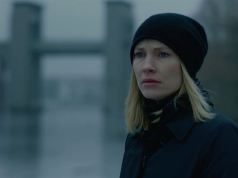 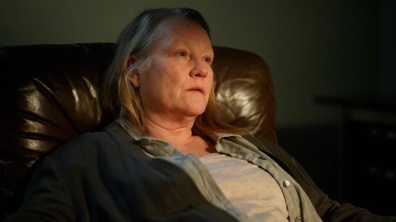 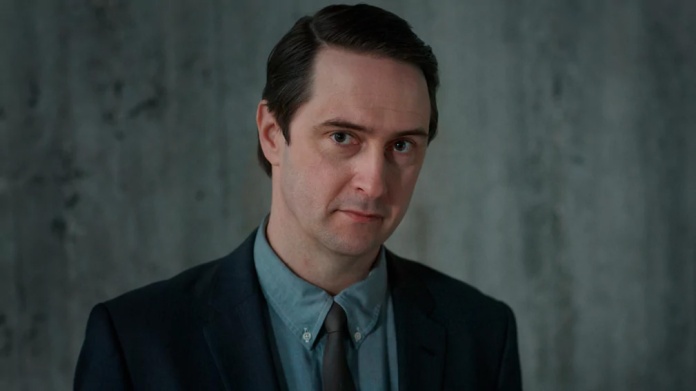 What is jordskott?
Apparently there is no English word for this little known natural phenomenon, which in Sweden goes by the names jordskott or jordkast, literally meaning “earth shot” or “earth throw”. Scientists are not sure how and why it happens, but lightning or frost heave may be causes. Jordskott is the rare occurrence of a large chunk of frozen soil being pushed up from the ground and thrown several meters away. A large hole in the ground remains. In Sweden, only 17 instances have been recorded between 1598 and 1903, when the last jordskott was found. The amount of mass that is being moved ranges from 3 m2 to 32.000 m2, although most are in the lower end.

Events in the new season are connected to what happened in the first episodes, even if the setting is different. For example, Eva is a mentally and physically ticking bomb, according to Björn’s description, as she is carrying a parasite that is no joke. However, several other characters are important to the story. In Jordskott‘s universe everything is possible. -You can’t really know who is good and who is bad, actor Richard Forsgren said to DN.

Questioned about a third season, Henrik Björn said: -Of course we have plans for it, it would be strange not to. You can’t work in a bubble and just think about season two. But it kind of depends on the reception of this one before such a decision can be made.

The 8-episode second season, which received a 60% approval in five media reviews (based on the first few episodes) has been created and conceptualized by Henrik Björn, with Daniel DiGrado and Jakob Ström as co-directors. Episode stories were written by Henrik Björn, Aron Levander, Lovisa Milles, Filip Hammarström (also the producer), Gunnar Nilsson and Tatjana Andersson.

Jordskott 2 stars Moa Gammel, Göran Ragnerstam, Happy Jankell, Rickard Forsgren, Johannes Brost, Peter Andersson, Lisa Boysen and others. The series has been sold to 100 countries and is currently airing Sundays on SVT in Sweden (in Sweden only).

One thought on “Jordskott 2 preview”