Norway has a long tradition of Christmas countdown TV drama for children, so-called Christmas calendars, which are the TV equivalent of the daily opening of a tiny present or a candy in a physical wall calendar with “pockets”. Each day in December, with a finale on Christmas Eve, a new episode is shown, often clocking in at 10 – 15 minutes. Many of the TV calendars feature fantasy elements, and this is true also for the rest of the Nordic countries, where TV calendars is a phenomenon enjoyed by both children and adults (sometimes only for nostalgic reasons). In 2012, the 24 episodes of NRK’s TV calendar The King of Christmas (original title: Julekongen)  were well received in its target group, and on November 13th, the feature film sequel The Christmas King: In Full Armor (original title: Julekongen: Full Rustning) opens in Norwegian cinemas, even though it is not produced by nor for NRK.

The series tells the story of Kevin, who finds a path leading from his hometown to the magical Valley of Knights. He experiences many adventures along the way and befriends the king. Their common enemy is the king’s brother Snerk, who lusts to take over the throne. However, in the last few years since Kevin helped the inhabitants of the valley, the portal to the valley had to be closed, thereby parting princess Eiril from her best friend Kevin, with whom she restored Christmas. Now it’s Christmas time again, and a deeply unhappy Kevin is still trying to find another portal to the valley. In the meantime, Eiril has become queen in the kingdom, where Kevin is still celebrated by the people as the “King of Christmas”. Back in Kevin’s home, the family is struggling financially, and may have to cancel Christmas again. But then the evil lord Snerk stumbles upon a highly powerful magical armor, and now all he needs is Eiril’s magic snow glove to complete it. Eiril is forced to escape – and by doing that, she accidentally re-opens the portal, and ends up in a coma at the hospital in Kevin’s hometown Silverwood. Snerk takes over the throne, and evil rules once again. This eventually sends Kevin and his sister Mira on a dangerous journey into Valley of Knights to save the kingdom from Snerk’s evil hands. 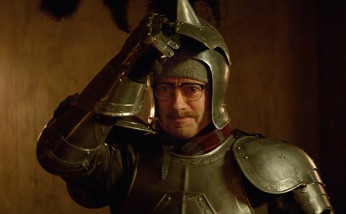 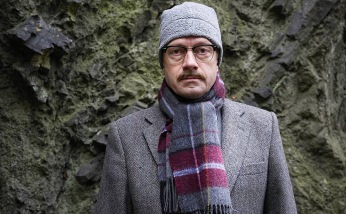 This is not the first time a Norwegian Christmas countdown TV series has spawned a feature film sequel. In 2009 Magic Silver (original title: Julenatt i Blåfjell – directed by The Wave‘s Roar Uthaug) was the feature film sequel to TV calendars in 1995, 1999 and 2002, about little red and blue nisser; underground friendly “goblins” or brownies which are part of Nordic mythology.

The Christmas King: In Full Armor has been reviewed in several medias. Here are ratings from some random major newspapers and websites, based on the Norwegian 1 – 6 “dice” scale, where 6 is maximum. 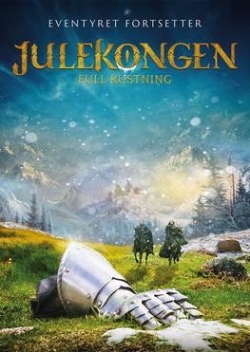 An average score of 59% is probably not what the producers hoped, but children’s movies are often able to draw a good crowd anyway, as children tend to not respond to media reviews. They also take their siblings and parents with them – children’s movies often sell substantially more tickets than “normal” movies, since parents or other adults often accompany the intended audience.

Director Thale Persen (who also directed the original series) is a graduate from the documentary production and television studies at Volda University College in Norway and from the film school at Lillehammer University College. She has been employed at the Children & Youth Department at public broadcaster NRK since 1998, directing series for children and youth. The Christmas King: In Full Armor is her feature film debut, from a script by Harald Rosenløw Eeg (Occupied, The Wave) and was partially shot in the Czech Republic at the same location where Nils Gaup filmed parts of Journey to the Christmas Star in 2012.

The 93 minute feature film opens all over Norway on November 13th.

2 thoughts on “The Christmas King preview”