In this rare adventure, science and fantasy is crossed and action is mixed with thrills to create an exciting ride for the entire family.

From the director of Cold Prey 3 comes this family oriented fantasy adventure, based on an original script by John Kåre Raake. Not a popular franchise, not a previously known game, not a comic book – but still based on something most Scandinavians can related to; Vikings! To be specific, their runes, which were their alphabet, shown on runestones. The Vikings were the first Scandinavians to put things in writing, although it wasn’t like they documented everything they did. Being able to “write” was a rare skill, and not even local kings and lords were guaranteed to learn the art. Rune carvings are relatively rare, but everyone knows about them today, including school children, and making a movie about old maps with runes pointing to a Viking treasure seems logical and attractive. Anything Viking related is sort of a built-in franchise in the Nordic area, and combining that with an action-adventure movie for older children and young teens is not a bad idea at all.

Pål Sverre Hagen (of Max Manus fame) plays Sigurd, an archaeologist who essentially gets fired from his job at the Viking Ship Museum (filmed at the actual museum in Oslo). He choose to team up with his colleague Allan, who is on the trail of information about Ragnarok, the mythological end of the world according to the Vikings. Runes found at the Oseberg burial site point to a certain location in Northern Norway, so Sigurd takes his two children on an expedition together with Allan (Nicolai Cleve Broch), a Swedish archaeologist (played by Sofia Helin) and a local guide (Bjørn Sundquist). They soon find out that archaeology is not a walk in the park!

In a country where genre films were the exception until 15-20 years ago, producers can still identify film projects that will be the first of its kind, and it is possible that Ragnarok (original title: Gåten Ragnarok, meaning The Ragnarok Riddle) is the result of such calculation. After a few minutes it becomes evident that the movie pushes all the right buttons in order to set itself up for its target audience. Familiar characters, the promise of exciting adventure, hints of mystery, Norwegian fjords, and the scent of Vikings are just the small buttons that are pushed; more importantly is the overall Indiana Jones-style adventure where science meeths mythology and fantasy, but with a Scandinavian twist. It’s the perfect vehicle to appeal to a wide demographic. This also means that the film is slicker than it perhaps needed to be. Less “Norwegian” and more tailored for an international audience, perhaps? That is what producers often try to achieve, but half the time they can’t know in advance wether the appeal will lie in the average American-looking big-budget formula, or the exotic, fresh, different and “foreign” touch. To me, Ragnarok is leaning slightly too much towards the slick and the shiny, not just in visuals and production quality, but also in the narrative and the treatment of opportunities and story hooks. For example, it is typical for the genre that the hero goes against the establishment and must prove his theories on his own. That’s not very Norwegian, but then again, this is a genre movie that tries to follow all the conventions. As the movie progresses, it becomes more and more predictable, although credit is due for twisting the old treasure hunt idea into something else. This is where the film is not a carbon copy of National Treasure or The Librarian, a group of films Ragnarok belongs to. There is another interesting thing in the script, and that is the position of the female character, Elisabeth (Helin). For an adventure film, she is remarkably strong and physical, whereas the “hero” is the bookish type and not always the adventurer you’d expect. Elisabeth can easily be overlooked and misinterpreted as blonde eyecandy, but without her character being what she is, the movie would have ended very differently. In spite of these two inspired plot hooks, the film still comes down as overly by-the-book. 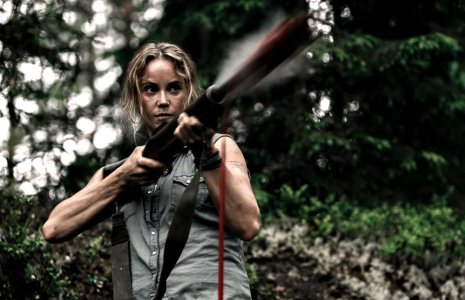 Ragnarok has a relatively slow start; while well filmed and the information provided makes the rest of the film reasonable, the pace is a bit slow. It ramps up, however, once the team reaches Finnmark, with some beautiful scenery and action sequences. There are even a couple of eye-catching Viking age flashbacks, even though the Norse warriors are more flavour than substance. There is no time-travel or fish-out-of-water concepts here, so if you expected this to be an Outlander-type story, forget it. Nevertheless, the Viking connection is still there, all the time, since many characters have old Norse names; Sigurd, Ragnhild, Brage, Leif. Nicolai Cleve Broch’s character is named Allan; after Allan Quatermain? But why is nobody named Jonas, a common Norwegian name, after Indy? 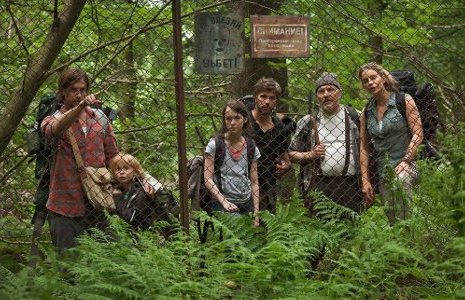 For younger viewers, the highlight of the movie is probably something that we don’t often see in Norwegian movies. I won’t ruin the surprise by going into details, but it’s quite well done and quite scary if you imagine yourself in the shoes of a 10 year old boy or girl. More experienced viewers will find the novelty to be over quick, but it can’t be forgotten that it adds something to this movie that few Nordic movies has, even in the adventure genre. Sadly, this part of the film is not explored enough, especially considering it forms the basis for the entire story!

By the way, had this project emerged a few years ago, say around 1990, it would have been the perfect Brothers Dal movie. Unfortunately, the KLM trio never made a proper feature film, but both the intended audience of Ragnarok and the type of adventure fits the three explorers. It would have been a much funnier film of course, as it would be half comedy and half adventure, and it would also belong to an established franchise. 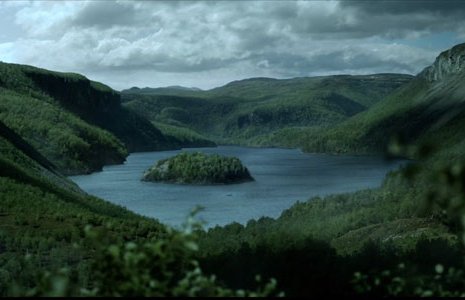 Ragnarok‘s strongest argument is that it’s a well filmed, exotic, fairly good looking adventure, rooted in local Nordic mythology, something that separates it from European legends and American monsters. The story has a couple of good points, but its weaknesses are that it ultimately becomes predictable and formulaic, and lacks its own voice/look/feeling, like Troll Hunter and Thale had. For older film fans such as me, who grew up on matiné adventures such as this, the selling points of the movie are not exploited enough (which may or may not be explained by the lack of Hollywood megabudgets), but for the tweens, this may be the coolest movie they’ll see this year. And let’s not forget that Ragnarok is exactly the kind of movie Scandinavian producers need to make more of.