If Scandinavian horror movies are rare, Danish horror films are even rarer. Fortunately for Denmark, one of the most iconic horror films from the entire region is Danish; Ole Bornedal’s Nightwatch. 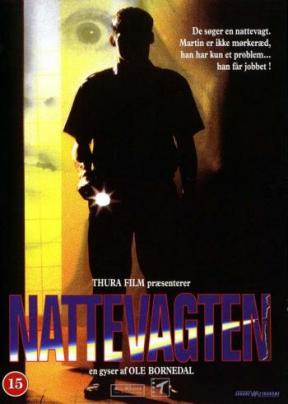 Starring some of Denmark’s finest young actors of the time, Nightwatch (called Nattevagten in Danish) did not have much competition when it came out in 1994. Perhaps that is why it made such a great impact on audiences and became a small classic. Or perhaps because it’s a well made horror film? Both explanations seem to matter.

A young law student, Martin, has taken a job as a night watchman at the city morgue, as the old watchman retires from his position. The morgue fills Martin with unease, and both his imagination and his friends play disturbing jokes on him. Tangible problems arise when a serial killer of prostitutes gets too close to Martin and his girlfriend. And you know, tangible problems that take place at the creepy morgue doesn’t make life easier… This is the dual story in Nightwatch. Had this been an American movie, corpses would have stalked Martin in dark corridors, but this story is more a murder mystery, a psychological thriller and a late blooming slasher. The morgue is a creepy place and you expect anything to happen there; ghosts, zombies, murders, getting lost in closed labyrinths… And it will be the morgue scenes (that take up half the film, or more) that you remember. They are much more suspenseful and better exploited than the daytime scenes, which mostly serve to add character depth while trying to make you sympathize with the characters. Martin and his girlfriend Kalinka are decent people, and buddy Jens is a jester that provides some comic relief, but it is not well written characters that are important to the movie. It’s a story driven film that stays within a relatively narrow universe where you can participate in the whodunnit without too many false guesses.

The Danish Nightwatch should not be confused with the US remake from 1997, also called Nightwatch and directed by Ole Bornedal. The remake stars Ewan McGregor, Patricia Arquette, Josh Brolin and Nick Nolte.

To a certain extent the morgue is not exploited for all its potential terrors, and as mentioned, there could have been dead people walking and burned bodies for those more grossly inclined. But that would be missing the point of the film; it’s not a supernatural horror film with invented dangers; it’s a psychological drama rooted in a man’s imagination and his unfortunate choice of extracurricular job. Scandinavians do not generally believe in demons, so to have a human serial killer at the core is an expected feature. The film is thus predictable (including having young adults in the leading roles to appeal to a young demographic), but could not have been made any other way, not in the 90s anyway. Serial killers exist in real life, and was therefore more accepted in the still-realistic-ish 90s. 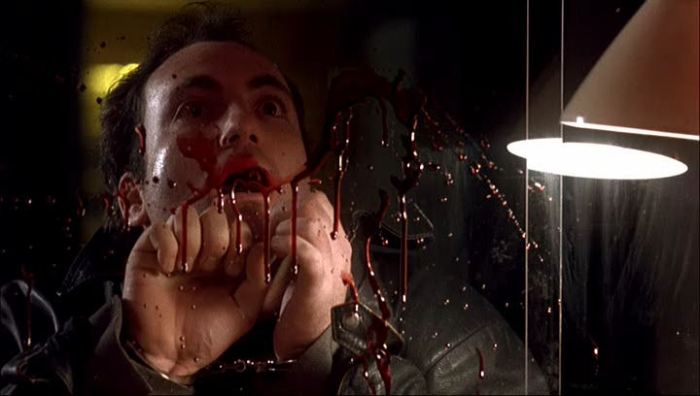 If you want to play a game, try to find similarities to the Icelandic TV film Draugsaga, also about a young night watchman who find himself in trouble at an institition.

Nightwatch suffers from being a first generation horror film, but on the other hand, because it is a pioneering work, that cannot be held too much against it. There is fortunately great ambience in large portions of the film, good actors and some well executed exploitation, and Nightwatch is no doubt entertaining “for a Scandinavian film”. Looking at it today, it offers solid craftmanship while being mildy experimental within the genre’s rules, but one cannot help thinking that it could have given people more of what they didn’t know they wanted, in stead of simply giving audiences more of that they expected.