Between the thousand cop films and 734 relationship dramas in Sweden, Dyke Hard is the sexploitation horror trash musical you never expected from the country that takes pride in “lagom”, the unique Swedish word for “just about enough”.

NordicFantasy has been following this movie for 18 months now, and now finally there is a release date for the first ever lesbian sci-fi horror trash rock & roll road movie musical to come out of Sweden. Not that the genre is big enough to subsequently produce rip-offs, competitors or franchises… On March 6, the intentionally trashy B-movie will open in theatres in Sweden thanks to Njuta Films, and on video on demand from SF Anytime and Telia.

The movie is about a failed lesbian rock group on their way to a battle of the bands in the big city. They team up with a thaiboxer and together they go through all kinds of adventures with ghosts, ninjas, cyborgs, prison breaks, evil rollerderby girls, a motorcycle gang and a mysterious billionaire, supported by ample splatter and sex. Add to that the fact that the movie is a musical, taking place in the age of big hair and broad shoulders, specifically 1986, and you will not have seen much like it before.

-In true John Waters style we explore female comedy to the shocking max, but men-loving viewers need not worry; there will be plenty of poledancers, prison guards, cute bears and body builder ballet as well, director Bitte Andersson explains. If that sounds fun, the movie was not always fun to make. -It was horrible. I feel like a war veteran – no offense to real war veterans but to me […] it was like such a crazy adventure. We had a lot of shootings without any permission. We were chased away by guards and police. With no money you really have to hustle a lot to get stuff done so it’s been a big adventure, Andersson said.

Here are some more stills from the movie. 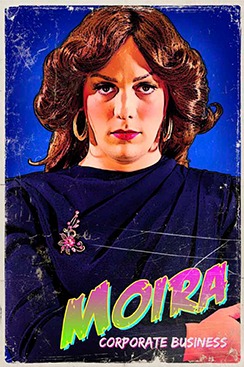 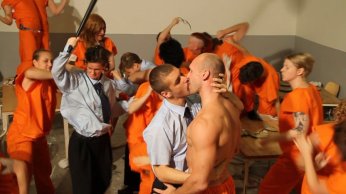 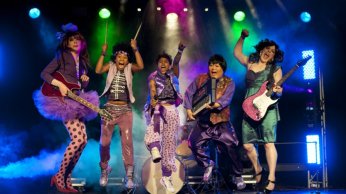 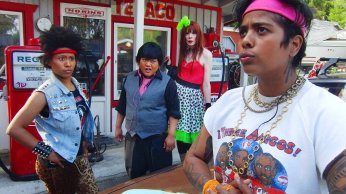