Finally in cinemas, Utburd is Norway’s first feature to be produced by university students and released in theatres like a regular movie. The film, based on myths about children left in the woods to die, will be screened in 16 cities starting tomrrow. 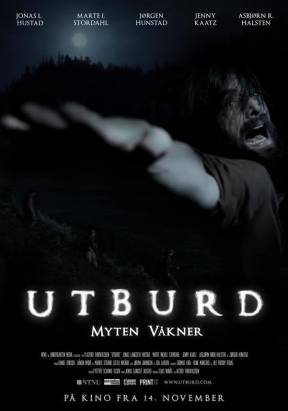 We previously wrote about the film, which was made by nine film students at the university of science and technology (NTNU) in Trondheim, where it also had a limited premiere in May. The film will now reach a mainstream audience in the following Norwegian cities:

The somewhat strange and unusual word utburd refers a certain type of ghost in Scandinavian folklore. In English it’s called myling, from the ancient Nordic word for murdered; “the phantasmal incarnations of the souls of unbaptized children that had been forced to roam the earth until they could persuade someone (or otherwise cause enough of a ruckus to make their wishes known) to bury them properly” (Wikipedia). The myths about the mylings – unwanted children left in the woods to die – have roots in real history, as unmarried young women giving birth to “bastard” offspring was a big shame through the centuries. As late as the 19th century, most murders in Norway were infanticides. Read more about the film here.