Since when was it a good idea to produce and broadcast TV series that does not solve the key mystery at the end? Cliffhangers work only if there is a continuation.

As I write this, Norwegian state broadcaster NRK has just finished showing the Danish supernatural TV series Heartless. Its Danish world premiere only a few weeks earlier. The 5-episode teen drama was the first ever fiction production for Kanal 5, and probably the first Scandinavian attempt at a TV series for teens and young adults in the Hemlock Grove, Supernatural or True Blood segment. Or for us older people, X-Files and Twin Peaks. Unfortunately, Heartless failed in attracting viewers; the numbers plunged from healthy to disaster within four episodes. Even though many reviews were brutal, the Nordic region is underfed with entertainment like this, and it’s sad that viewers can not watch vampires, zombies, werewolves or “suckers” in their own language.

I don’t know why the Danes chose to create a new breed of supernatural humans and label them “suckers” (that’s the literal translation of the Danish word), but that wasn’t the show’s biggest problem. Poor viewing figures aside, the first season ends with an episode that is cut short. It is obvious that the writers planned at least one more season, but Kanal 5 representatives were quick to inform the media that they had no plans to continue the series. No wonder, since they could not get enough eyeballs to their commercials breaks. Fair enough; shows get cancelled all the time, sometimes with unfinished mysteries and WTF cliffhangers. What Kanal 5 should have done though, was to order a first season that wraps things up, just in case they could not achieve the lift-off they needed. Denmark is not the huge Anglo-American market where franchises are bred and born every week. Danish producers and TV stations, even those who collaborate with the rest of the region, can not afford to throw series out and see what sticks before they decide what to extend. Money is tight in the small Nordic market, and niche productions like Heartless can only get a small slice of a small cake. What I really mean by “can not afford” is that if audiences see that the broadcasters do not handle homegrown genre efforts well, they will not give the next concept a chance. Let’s forget for a moment that the viewers probably didn’t like what they saw in this case; if we look ahead, chances are there will be more genre productions in Denmark, but if the smaller stations like Kanal 5 get a reputation for cancelling shows before they have reached their natural conclusion, audiences may not invest time in better quality shows later. That will hurt the channels, the viewers, and the genres of horror, fantasy and sci-fi.

TV executives should know that establishing a new concept, new characters and a new fictional universe takes some time, and five episodes is not a lot of time, especially for a channel that is unexperienced with drama. By extension, their viewers will be unexperienced too; if your demographic has chosen your channel for reality shows, home styling docus and CSI, maybe more complex drama offerings should be reconsidered. The Danish channel is the equivalent of TVNorge in Norway and Kanal 5 in Sweden (all three are owned by SBS Discovery), two other channels with very little original drama programming. 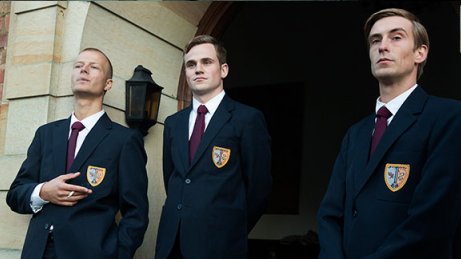 In Norway, Heartless was broadcast not on Kanal 5’s sister channel, but on NRK, the state public service channel. NRK chose to broadcast the series only a few weeks after it premiered in Denmark, filling True Blood‘s timeslot when season 6 ended on NRK. Heartless grabbed the attention of 81.000 Norwegians for the first episode. NRK was not co-producer on the series, but bought broadcasting rights before production ended, so they probably felt they did not have much choice in wether they should schedule the series or not. As Norway’s biggest TV channel by far, and being in a position where they don’t need to make artistic decisions based on money, NRK could have opted to not support a show that was at risk of not being finished. NRK buyers do read scripts before they commit to buy, I hope, and must have known that Kanal 5 was not in the best position to sustain a long-term commitment like a weekly series. NRK produces its own drama and buy large productions frequently, and are very experienced at development and assessment. Kanal 5 is not. Despite that, NRK chose to buy a series that, even if it was intended to run for two seasons, had no heavy guarantees in terms of an ending that would work.

The way NRK handled this opportunity is also a sign of the times; years ago, Norwegian viewers could wait a year or two before new series arrived on the small screen. It wasn’t just global distribution delays that caused those long annoying halts; NRK wanted to make sure that popular series were extended for another season or two before they bought rights. They could also avoid series like Heartless if they ended on cliffhangers and never got an extension. These days, people demand that new franchises are available fast, or else they’ll download episodes illegally. Broadcasting series that may not even be finished is partially an adaption to the new situation on the viewing market. Let’s hope that Heartless was not a trial run for Scandinavian supernatural horror on NRK – they have the muscles and the know-how to produce their own series, or develop one with SVT in Sweden, or become co-producer with the Danes with a proper season finale as a prerequisite. 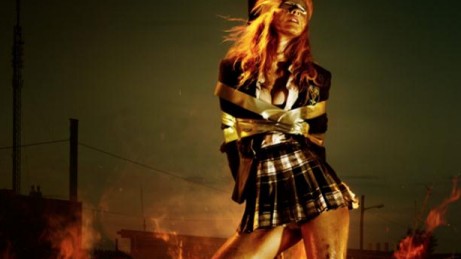 A proper teaser; this wasn’t even in the series.

At the time of writing, all hope is not lost, however. Questioned about a second season, SBS chief information officer Jesper Jürgensen said to Nordic Fantasy “We will make the decision in the coming weeks”. The series was concieved as a longer story from the beginning, Eric Vogel of Tordenfilm in Oslo tells us. Tordenfilm was involved with bringing the show to NRK on behalf of the Danish production company Fridthjof Film. -NRK knows that the series was [intended to run longer]. Without speaking for them, I think that they, like me, assumed that more episodes would be made. And we are working on that now, Vogel said in an email to NordicFantasy. -We do believe that audiences will see the complete story, he added – without being able to confirm anything. Thomas Gammeltoft of Copenhagen Film Fond, one of the financiers of the show, said this to the Danish newspaper BT: -We think [the series] is a success when considering which channel Heartless was on. It takes time and patience to build a tradition for watching Danish drama on a cable channel whose viewers are not used to watching quality drama. I really think they should make one more season. They owe it to their viewers. And perahsp they will consider broadcasting without commerical breaks.

It is commendable that Kanal 5 chose to go ahead with Heartless, and we certainly need more homegrown genre drama up here. And maybe Kanal 5 was not being completely clueless, because one light in the darkness that is Heartless is that while it was abandoned by the viewers, it must have struck a chord with someone, as it has been nominated for the Best TV Drama Award at the Copenhagen TV Festival in August. It competes with The Bridge 2, a prime example of Nordic Noir, but that trend can’t continue forever, and we’ve already seen that Nordic Twilight (the international label on Nordic fantasy and horror) is doing well both locally and internationally, so there is no reason to not have focus on the fantastical, the mythological or the supernatural. Heartless is a lesson learned; fantasy and horror audiences won’t take anything they’re thrown. We demand quality, but first and foremost, we demand to be taken seriously as viewers, and want our stories to wrap up nicely.

43 thoughts on “The darkness of Heartless”