A tale of a tail hanging on 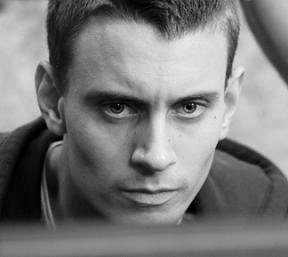 Thale. Meet the Norwegian hulder, the forest creature in Thale, by way of director Aleksander Nordaas in this interview exclusive to Nordic Fantasy.

Norwegian fantasy films can probably be counted on the hand of a lumberjack who experienced a chainsaw accident and lost a few fingers, but now the trend seems to solidify, after a decade where Norway led the Nordic region in the horror department. In the wake of Troll Hunter comes Thale, now showing in Norwegian cinemas and making the festival rounds internationally. There are already discussions about a US remake, and during Aleksander Nordaas’ stay at the SXSW festival where he has been promoting the film, Nordic Fantasy lured these words out of the debut feature director.

Nordic Fantasy: The idea for the film Thale, where did it originally come from?
Aleksander Nordaas: Well, I knew I wanted to do a story revolving huldra, but from there and out, Thale is my very own fairytale.

Nordic Fantasy: Did you consider other folklore creatures, or did the hulder strike you first?
Nordaas: For me, huldra has always been the most inspiring creature in Norwegian folklore, and I believe that’s because she’s somewhat alike us humans in a way. And because she is, as a writer/director, one gets to play with a larger range of emotions and feelings as oppose to the more monster-creatures.

Nordic Fantasy: How much research did you do on hulder mythology?
Nordaas: I read through lots of different tales of the huldra. There are so many, and she’s portrayed in so many ways, so the real job was actually to try to make her my own. I realized at an early stage that huldra is portrayed in many ways and forms in the numerous stories, so it would’ve turned out quite messy applying all these trademarks to my huldra. I stuck with the most common trademarks though, as the tail and some of her supernatural skills, but other than that, I had to make Thale my own hulder.

Nordic Fantasy: To those

who don’t know what a hulder is, can you please explain it?
Nordaas: In a nutshell, a hulder is a female with a cow’s tail. She looks and acts like a human, but she’s really a part of another species, traditionally from the underworld. Through time, many have claimed to see her, often in the woods. Even farmers reserved one of their stalls in the barn, for huldra’s cow if she happened to pass by. So she’s been a part of Norwegian culture, and everyday life, for ages.

Nordic Fantasy: A hulder is not a traditional monster like trolls, so what was the aim of the story, considering you could not throw in a lot of violence and monster hunters and climactic end-fights?
Nordaas: Oh, I’m sure one could make a pretty violent movie about huldra but I just didn’t feel like making that chase-through-the-woods-kind-of-story. I’m more interested in exploring the alternative angle on things, and I wanted to see if I could do just that with something that typically would be considered solely horror/slasher movie material. In Thale, I wanted to create a mystery with a fantastic ingredient, and I wanted to make a story that forces the audience to pay attention, and hopefully ponder a bit. Not only about the story itself, but also on some existential questions. Whether I’ve succeeded or not on that, that’s up to the individual [viewer], but as I happily read in a critic; Thale might not be the film you watch on a Saturday night, it demands your attention.

Nordic Fantasy: Is there any truth to the theory presented in film magazine Montages, that the film is an allegory for how the Norwegian government treated “travelling people” untill a few decades ago?
Nordaas: I aimed for the film to have its layers, but that wasn’t one of my intended layers. But I truly enjoy when people interpret their own layers to my films. It makes me feel I’ve succeeded getting them to ponder a bit.

played by the stunning Silje Reinåmo, is not a normal female character; beside the nudity she is a fantasy/folklore creature. Was the casting process different or difficult, and if so, how?
Nordaas: The role of Thale required an immense courage. Besides the talent, I don’t think anyone can imagine the strength Silje has an actress. Not only concerning exposure, an element which understandably would be enough for many others to reject the part, but she had to deliver 100 % as well. She had nothing to go on concerning the verbal, so she had to make full use of her body language. That meant she couldn’t hide behind the fact of being naked, as Thale, as the creature she is, wouldn’t really care. So me and Silje had lots of discussions on the nudity, how we could keep it subtle, and last but not least, turn it into an advantage for the character and the story.

Nordic Fantasy: Where does the name Thale come from, and what does it mean?
Nordaas: Thale is a surname, a variety of the name Adelheid, which means “noble disposition”, something that applies to her being a part of another species. At the same time, Thale, when pronounced in English, you get either “tail” or “tale”, two words that absolutely have significance for the film. So it’s a dual-meaning-type of title.

Nordic Fantasy: European folklore seems to be a hot trend in movies now, did you factor in that when starting developing the film?
Nordaas: No, actually, we didn’t factor it in. We started our production about the same time as Troll Hunter, and we had no idea of the coming interest in Norwegian folklore that we’re experiencing now. Hollywood is always looking for new ideas and concepts, and right now their eyes are on Scandinavian/Norse folkore and culture, so hopefully we’ll see more of that on the big screen in immediate future.

Nordic Fantasy: Thale is one of very few Norwegian fantasy films, but contrary to American fantasy epics, we don’t have huge budgets up here. Were there any challenges in the writing of the film that were limited by funds?
Nordaas: Both yes and no. We knew we wanted to do this on a low budget from the very beginning, so it was written with that in mind. At the same time, we knew we needed to include some CGI in the film, to get across certain things we couldn’t do on camera, and of course we knew this couldn’t be done without hard cash. So, the solution was to make the story as good as possible without the CGI, and then, by presenting the final cut with sketched-up effect-plans, hopefully find someone who saw the investment potential. And luckily, someone did.

Nordic Fantasy: The film is independently produced, but is that because government money was not available for this movie?
Nordaas: We’re lucky to have money available here in Norway for film production, but for Thale, we didn’t even try applying. For me personally, it would have taken too long doing applications, waiting, maybe getting rejected, re-structure the application, wait again and so on. This is a process that slowly puts out the glow of creativity rather than encourage it, and at this time I was very much impatient just getting out there and start shooting. Prior, I spent nearly three years in developing other projects, and in 2009 I felt it was time to get out of the office and into the field again. Going too long without hands-on experience made me anxious about losing the tools of the trade, and luckily there were other friends, actors and crew feeling the same way. So basically, we teamed up, went out, had a lot of fun, completed the film and learned a whole lot.

Nordic Fantasy: The film is quite short, around 76 minutes, any particular reason for that?
Nordaas: The obvious answer would be money, but truthfully it isn’t. The story we decided to make wouldn’t have benefitted being longer, we got to tell what we wanted in 76 minutes. Luckily, as the film was actually ten minutes longer in the rough cut, I had Sully Reed, an excellent editor consultant onboard for the final cut, helping me shaving the film to the very core. One is always a student being a filmmaker, and I learned a lot from working with him.

Nordic Fantasy: What are the plans for getting the movie out to bigger audiences in Europe and USA?
Nordaas: Right now we’re still screening the film in SXSW, out international premiere, so it’s a little soon to tell. But my producer, Bendik Strønstad, is currently sleeping with his hands-free in his ear, so there’s a lot of interest from both Europe and USA. So stay tuned on facebook.com/thalemovie

Nordic Fantasy: Do you have plans for other movies about something else from Norwegian folklore or history? There are many Viking gods to pull stories from.
Nordaas: I absolutely do, but I can’t say much more than that at the moment.

14 thoughts on “A tale of a tail – Thale explained”