Forget all you know about Santa Claus. He’s not even a nice guy. According to old legends, the original Santa kidnapped children and boiled them alive. His helpers were not much better. Rare Exports is definitely a different Christmas movie. 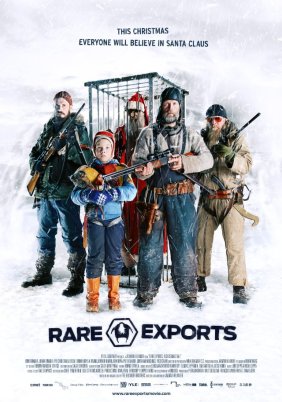 Maybe Rare Exports (with the subtitle A christmas story) could only have come from Finland, a country with so much winter and vodka that even their closest
neighbours think they are all gloomy and dark minded. What else than dark minded can we call people who come up with the idea that Santa is a monster that is better off killed? Rare Exports is a horror-fantasy-comedy film for older children in which an American mining company is drilling in the mountains of Northern Finland, where they expect to find something of great value. The locals think they are doing scientific research, but one day things start to go wrong and Santa’s little helpers arrive to thaw him out. The legend says that the evil Santa was captured by the Sami people and frozen inside a mountain. When local reindeer farmers realize that the mining company has killed most of their animals, they investigate the excavation site and decide to put an end to the terrors.

There is great potential in the “evil Santa” concept but no movie has taken it further than Rare Exports. Here, Santa is not just evil but in fact a complete monster, with hundreds of naked dirty old men as his helpers. Had this been an Italian or German movie, I am sure we’d seen a lot of cool Santasploitation, but the major problem with Rare Exports is that it does not quite live up to its hype and potenial. We never actually get to see the Santa monster, and even though his helpers are genuinely creepy, they too are underused. The explanation is probably that the film is aimed at children, even though it doesn’t look like that at all. I can imagine the film looks very scary to children; sets, costumes, characters and action sequences are quite adult looking, as if taken from the Swedish 90s sensation The Hunters, but horror elements, gore and violence are toned down. Understandable, if children is supposed to watch the film (it even has a kid as the hero), but the lack of aim and the film’s duality is its main problem. The first half delivers many great promises, but when the build-up is complete, it goes downhill like a Finnish ski jumper. Not only do we not get to see the monster (and trust me, the film is not better off because of that, there is no “what you don’t see is more scary” here) but the action-adventure scenes that take over for the horrifying build-up are not trustworthy, not even within the film’s own universe. The short film – it lasts only about 80 minutes – even has a tacked-on happy ending that is blatant tension relief after what is otherwise a quite intense film. 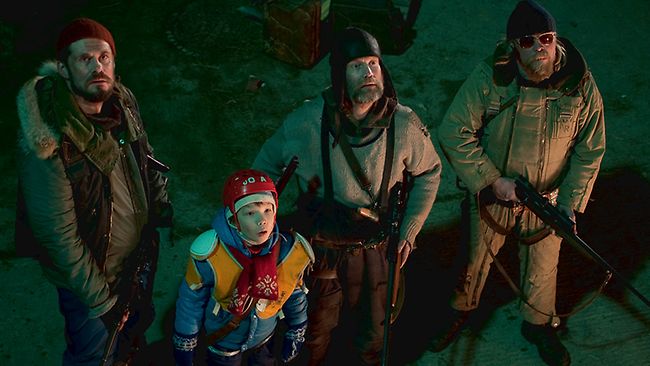 Rare Exports has great production design and a cool core story, and is generally well directed, but the script misses a few chances and opportunities. I had high hopes for the film, but in this case, things do not match. The first half is probably twice as good as the second half, which says a lot, considering there is much more action in the latter half. The film is not a total waste of time, and is destined to become a future cult classic, but the story is too untight and with a few too many holes to be taken seriously by film fans.